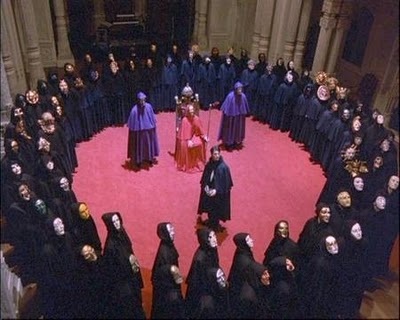 Theistic Satanism:
The new Satanisms of the era of the Internet


During the last several decades of the 20th century, most public Satanists were only symbolic Satanists. That is, they did not literally believe in or worship Satan. Instead, they regarded Satan as only a symbol of various desirable qualities such as independence, individuality, and strength. Many were atheists.

A theistic Satanist, also known as a "traditional Satanist," "spiritual Satanist," or "Devil Worshiper," is one who does believe in and worship Satan as a deity, or who at least is strongly inclined in that direction. When this website first went online in fall 2002 C.E, we theistic Satanists were still a despised minority within the public Satanist scene. But we have grown rapidly and now seem to be the majority -- at least in online forums, though we still have some catching up to do in terms of real-world organization and in terms of being noticed by scholars of new religions.

From 1969 C.E. until very recently, most Satanists' first exposure to Satanism was via Anton LaVey'sSatanic Bible. Hence, the vast majority of Satanists were LaVeyans or some fairly close variant thereof. However, beginning in the 1990's, more and more people's first exposure to Satanism has been via the Internet, allowing a wide variety of non-LaVeyan Satanisms to flourish  -  mostly theistic Satanisms, but also including some non-LaVey-based atheistic symbolic Satanisms as well.
http://theisticsatanism.com/